This March we spent a few days in Prague, Czech Republic and we had such a great time (read: I took too many pictures) that I thought it might be best to split this adventure up into two separate posts. We spent our first day in Malá Strana and wandering around the left side of the Vltava River.

The capital and largest city in the Czech Republic, Prague is about a four and a half hour drive for us. Having been in existence for over a thousand years, the city is known for its many historical and cultural sites, as well as an expanding food and beer scene. Germanic tribes replaced the Celtics living in modern-day Prague around 100 BC. In 400 AD the fall of the Roman Empire caused most of these Germanic peoples to move west to Germany; Slavic tribes from Russia and Asia replaced them by the end of the sixth century.

Prague was officially founded by Princess Libuše, an ancestor of the Přemyslid dynasty and the Czech people. The youngest and wisest of three sisters, she became queen after their father died. She held the gift of foreseeing the future, legend states that upon seeing the Vltava River from a cliff, Libuše prophesied:

“I see a great city whose glory will touch the stars.”

She then ordered the castle to be built overlooking the river. Construction started in the late 8th century and you can still read some of the masonry under the castle dating back to 885. Another fun Libuše legend I wanted to share: When the male leaders of her tribe were unhappy with a woman ruling, they demanded she marry. Libuše, already in love with a plowman named Přemysl, claimed to have a vision of a farmer with one broken sandal plowing a field. The councilmen found Přemysl in nearby Stadice just as she said; the two were married and had three sons.

The city is divided by the Vlata River. This first post I’ll just concentrate on our time in Malá Strana and the left bank of the river. 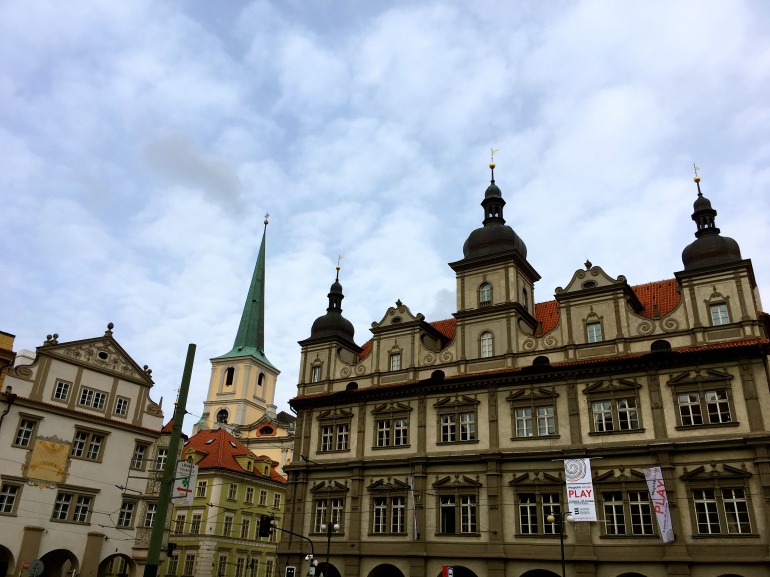 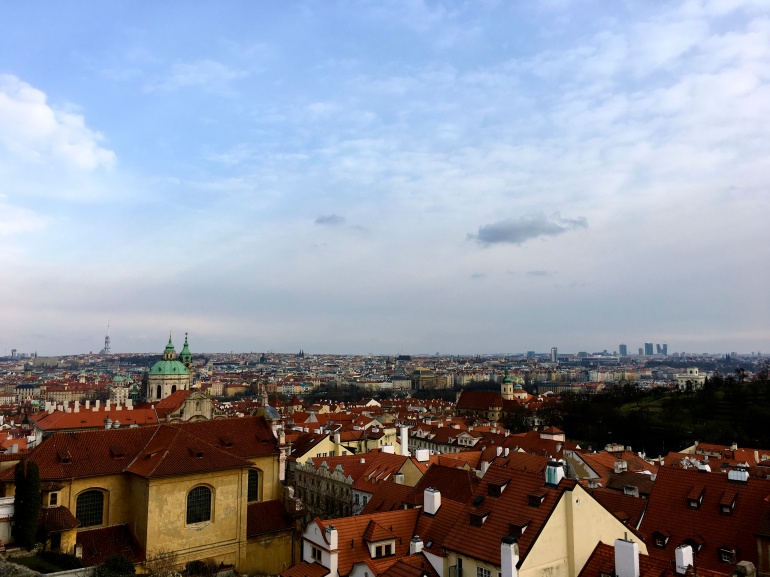 After wandering around Malá Strana looking for a couple of bars that were only open in the summer (damn seasonality!) we found Malostranská Pivnice on our way back to the apartment. Apparently the pub is located on a former hangman’s house built in 1664 and was opened as a bar in 2002.

I wish I had taken more photos but I was wayyyyy too distracted by the amazing accordion player who was taking folk requests from a group of Russians in the pub. I uploaded these amazing jams here and here.

Cafe Lounge had an amazing breakfast and coffee menu. The restaurant had a really cool art-deco Great Gatsby vibe that was super cute. 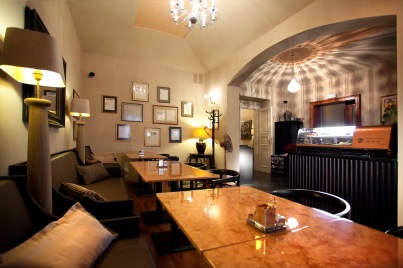 I was overenthusiastic about sitting outside (in March) and the barista kindly reminded us that no normal person wants to enjoy their brunch outdoors during this time of the year. Inside it is!

Breakfast all day, changing menu each week, and bike rentals, what else do you need in life? We had lunch at Farm Letna our last morning in Prague. 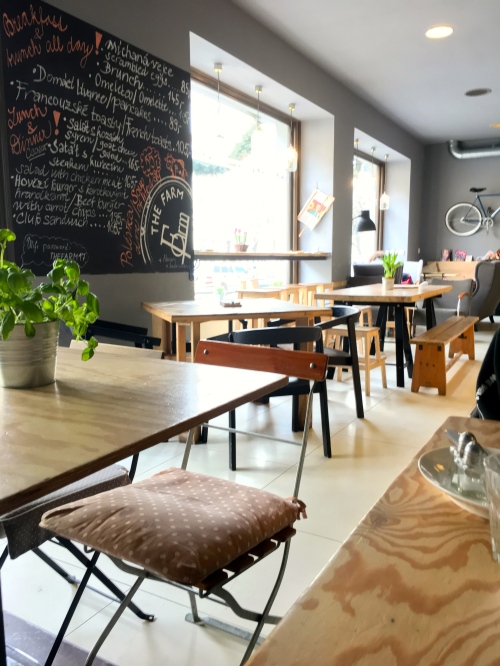 The restaurant concentrates on using locally sourced produce, meat, and coffee. Shockingly, I chose lunch over breakfast (I know!) because that day they had a soup special that sounded great.

I had the best beet-based veggie burger of my life and Chris had the club sandwich, which was a perfect opportunity to state all of the Lion King “cub” sandwich puns from the elephant graveyard scene.

Up Next: Prague Part 2 including Old Town, Beer Museums, and the quest for Jurassic Park arcade games.

Watching: Master of None Season 2