“How about you amaze me and do the right thing… have an independent investigation.”

(Simone Biles in response to a tweet by USA Gymnastics wishing her a happy birthday– essentially in less than fifteen words also restoring my faith in the world again).

Chavez, Nicole. 2020. “Simone Biles Claps Back at USA Gymnastics After They Wish her a Happy Birthday.” CNN Online. Available here.

Need to catch up? You can read my last post here.

A lot has happened in the last month and a half. It’s only MARCH? SIXTEENTH?! But here we are.

The biggest news to come out since January is the absolutely atrocious-I-can’t-believe-they-thought-this-would-work settlement offer USA Gymnastics attempted to pass off as somewhat appropriate for the hundreds of survivors currently suing their organization. In the settlement, some plantiffs would receive less than $100,000, oh and super casual, but agreeing to the terms meant that USA Gymnastics, the USOPC, Steve Penny, and every other X-Men-esque villain apparently hired to conduct business for USAG would be off the hook. No documents released. No mandatory structural changes. Oh, and the USOPC would pay nothing.

2012 and 2016 Olympic Champion Aly Raisman made an appearance on The Today Show, expressing understandable outrage about how the organization could bungle a settlement proposal so badly, especially as their athletes are preparing for this year’s summer games. Simone Biles, on her way to USAG’s mandatory training camp, tweeted:

“Your words of change and care are utterly meaningless because your ACTIONS stand in direct contrast to those platitudes. To even ask for a release of the USOPC, Penny and Karolyis after the 100s of children they destroyed is galling beyond what I can express.

Shame on you. I don’t want to hear one more word about care and change from any of you. You are refusing responsibility for the damage to hundreds of children and asking us to ignore it too.

You can choose a blind eye. But know this: we never will. And your complete lack of care will do nothing more that motivate us to fight that much harder for justice and truth. The answer is no.”

What else? Kathie Klages was found guilty and Nassar’s appeal was denied, but unfortunately, there are a ton of how-have-you-not-learned-anything moments since my last post.

Let’s get into it:

“Lopez testified Hadden told her to talk to Teachnor-Hauk.

Though Lopez had other conversations with Hadden about being uncomfortable, she said she didn’t speak with Teachnor-Hauk until closer to the end of her softball career.

‘It took me a long time to say something to her,’ Lopez testified. ‘I was intimidated and scared and I still didn’t know whether to believe it or not.’

Teachnor-Hauk gave her options, Lopez said, but told her that if she filed a complaint, ‘everyone would know,’ and ‘in doing that I may stir up controversy for the university, for my recently widowed father and especially for the doctor.’

Lopez said, while people have told her Hadden and Teachnor-Hauk failed her, that’s hard for her to believe. She doesn’t blame them ‘for any of this at all.’

“This proposed plan does not include the critical structural changes necessary to ensure the safety of girls moving forward, nor does it appropriately address the myriad physical and emotional challenges the victims face as a result of these crimes. Most disturbingly, this proposed plan attempts to absolve USOPC of any responsibility for these crimes which were committed under its watch. This plan from USAG is not just unworkable. It is unconscionable.”

“The opposition to the settlement proposal is wide ranging, with survivors and their supporters highlighting that the deal releases the U.S. Olympic and Paralympic Committee, former USA Gymnastics CEO Steve Penny, former national team directors Bela and Martha Karolyi, former U.S. Olympic coach Don Peters and other USA Gymnastics and USOPC officials and coaches from all claims, does not take into account the nature and frequency of each survivors’ abuse and contains no provision for USA Gymnastics and the USOPC to release documents and other information detailing the extent to which officials were aware of the predatory behavior of Nassar, Peters and others.” 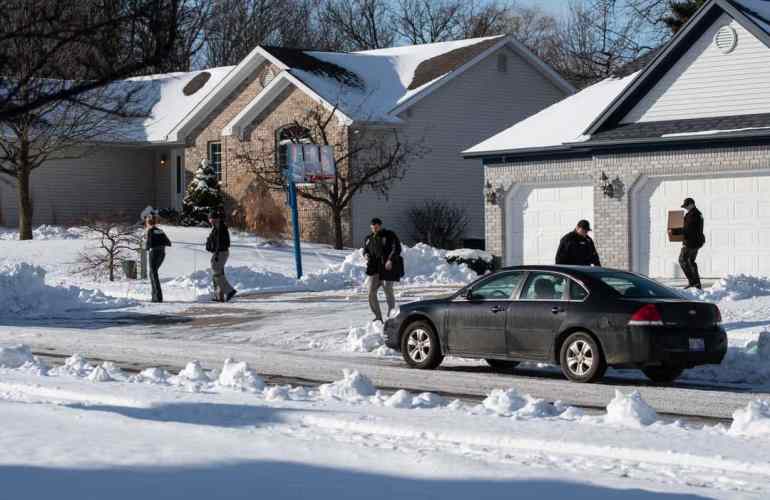 “‘The reality is the policy you have in place is only as good as the culture surrounding it,’ she said. ‘And it’s only going to be as effective as the hearts of the people who have to implement it. And so how you message on abuse, how much you demonstrate that it matters is by how you handle it. That is what really changes the culture.'”

Need to catch up? You can read my last post here.

Another year, another update on the fallout from Nassar’s abuse. #surprisednotsurprised that the institutions that allowed the most prolific sexual abuse predator in the history of American sport continue to struggle to change culture and policy.

USA Gymnastics has found a new National Training Center, which shockingly includes medical tables out in the open, as opposed to the dusty table in the backroom of the Karolyi Ranch. I guess even the simple steps are something to give them credit for, although at this point it seems like we should be wayyyy beyond this.

A new book, Start By Believing, has brought a number of scathing documents to surface and I hope this will help put former CEO Steve Penny behind bars for good. Again, not surprising to find out how much he knew and covered up or that the person who smuggled medical records from the Karolyi Ranch was working at the organization up until December of last year.

Michigan State University, in their apparent steadfast mission to keep on being terrible, has continued to refuse to release the over 6,000 documents requested by the Michigan Attorney General’s office. Klages and Simon are still denying they knew anything about the abuse on campus, statements directly in contradiction to evidence collected by police.

The most positive development in this “hey let’s hold enablers and abusers accountable” long game is the recent raid of John Geddert’s home and gym (the photo at the beginning of this post). Former USAG Coach of the Year, Geddert has been under investigation for years for not only physically and emotionally abusing athletes, but also protecting his long-time friend Larry Nassar, who molested potentially hundreds of girls in Geddert’s gym.

Let’s get into it:

“It’s unclear how the trustees can say with certainty that the information contained in those documents is not relevant to our investigation. In fact, the depth and breadth the university has gone to in withholding those documents only increases our fervor to obtain them.”

I have even less hope for USAG than I have for MSU, if that’s even possible. It is the same set of problems. USAG has not taken the most basic steps. They have yet to identify even one mistake that was made. They have yet to identify one abusive coach, one abusive dynamic that should not have been allowed to flourish. They still have people working for them who actively covered up for Larry.”

“‘We can tell the full story of what we’ve learned thus far,’ the attorneys wrote in an email obtained by the authors. ‘We think it is highly likely that would become a media story and prompt Larry to sue for defamation… Neither Dr. Nassar nor USAG wants the attendant negative publicity at this time.'”

“rank as extremely high for a bankruptcy of this size involving sexual abuse victims. Three lawyers have billed more than $600,000 individually in the first year of the case, according to a review of legal bills filed in court, part of more than $7 million in legal fees approved, by a judge, on a preliminary basis.

To some attorneys and victims, the rising legal fees are prompting concerns about how much will be left for victims when the case is over.”

“Do you remember the time you got so mad at me? I don’t even know why that’s just who you are. You threw me on top of the low bar, ruptured the lymph nodes in my neck, gave me a black eye, and tore the muscles in my stomach. You told me to kill myself not just once but many other times, and unfortunately, I let you get the best of me because after you ended my career I tried. John you never even called me by my first name.”

“On behalf of the hundreds of Larry Nassar victims represented by our team, I applaud the actions of the Michigan Attorney General and the Grand Ledge Police Department. The search of John Geddert’s home and Twistars offices is long overdue. Geddert was the handpicked by USA Gymnastics, the USOPC and the Karolyis to coach our 2012 Olympic Team. Every member of the Fierce Five was sexually assaulted by Larry Nassar under his watch. It is now time for search warrants to be served on USA Gymnastics and the US Olympic and Paralympic Committee so that Nassar’s victims and the public will finally discover who within these organizations actively concealed Nassar’s crimes.”

On a positive note, last year I read both The Girls (Abigail Pesta) and What is a Girl Worth? (Rachael Denhollander) and I highly recommend both if you’re interested in learning more about the topic.

I have a lot of Leslie Knope tendencies. Studied Political Science | Russian Studies | Environmental Studies. I'm a dog mom to the terror duo of Porkchop Reptar and Arya Tonks. Forever an intentional wanderer and admirer of black coffee.

I like inappropriately fake eyelashes and trivia themes of the Arrested Development variety. 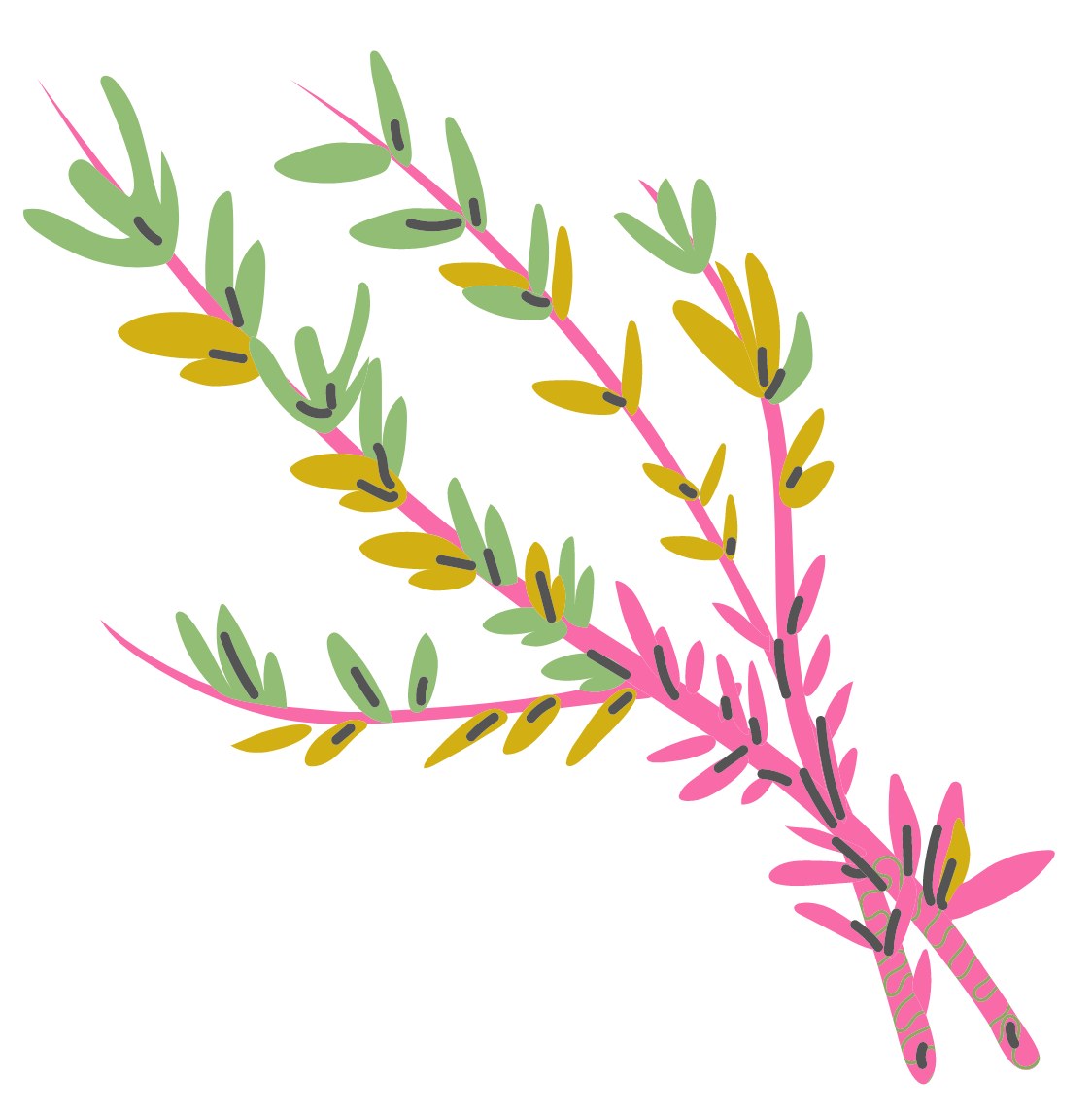