“We demonize the Nassars & the Sanduskys and they’ve done horrible things, but it’s the ones who covered it up that made it worse & created more victims.”

At the Heart of Gold Documentary

If you need a recap, check out my previous blog.

Whelp, bad news if you opened this link thinking: “It’s been over a year since the sentencing. USAG has a new CEO and that At the Heart of Gold documentary I saw on HBO waiting for the new Game of Thrones episode seemed really positive. Surely, we are moving in the right direction!” Unfortunately for all of us, there’s a lot to unpack here. Grab a snack and take a seat as this is a long post.

This quote from ESPN sums it up:

For a moment, it felt like gymnastics was turning a corner. After three years of turmoil, and hundreds of accusers detailing Nassar’s sexual assaults, the sport and its amazing athletes were finally starting to be back in focus.

But then USAG’s new president and CEO had to remind everyone just how much work there is left to do to save the sport in this country.

Here is part “who even knows at this point” of my ongoing (and looks to be never-ending) series: “How Institutions Totally Mess Up Actually Holding Themselves Responsible for Enabling Sexual Predators and Make False Promises to Create Meaningful Change”.

Sometime between May 14 and May 19, 2014, Paulette Granberry Russell created an agenda for a meeting she would have with then-President Lou Anna Simon, was notified of a sexual assault complaint against Larry Nassar, exchanged emails with university officials about that complaint and other ongoing issues and met with Simon.

While it’s a relief Leung didn’t have to experience the horror and trauma, it’s astonishing how tone-deaf she sounds. So many of the survivors had parents or coaches in the room with them while their abuse happened, so to say that’s all that’s needed to prevent this is frankly insulting to all those who have come forward. Did she not take the time to watch any of the victim statements? So many of them talked about that very detail at great lengths.

I understand how my comment seems insensitive to the survivors and their families, and I apologize. My intent was not to diminish what they’ve been through. I should have clarified that my experience was completely different from theirs and it is wrong to suggest I could have a solution based on my experience alone. I cannot know all necessary steps to take until I hear their stories, and hope they will have a dialogue with us regarding athlete safety and well-being going forward.

But DeVos, who is from the Grand Rapids area, rejected the request to meet with Nassar victims until after the changes to Title IX are finalized, Slotkin said.

“Therefore, I want to thank you for your request that I meet with Michigan State University Title IX survivor-advocates to hear about their experiences and views on how to prevent sexual assault on college campuses,” DeVos wrote.

“However, as you are no doubt aware, the law prevents me from doing so at this time.”

DeVos has criticized campus sexual misconduct rules established by the Obama administration and said her proposal is meant in part to be more fair to students who are accused of misconduct, saying one person denied due process is one too many.

She stressed that confronting sexual abuse on campus “head on” is one of her highest priorities as secretary.

“This demonstrated poor judgment and created a conflict of interest that disqualified him from serving in this important role. We are confident this was the best decision for the welfare of ‘our athletes and our community… We have learned through this process and received important feedback from our community about this position. Athlete safety is our north star and it will guide us to make the right decisions, no matter how difficult or how they may be perceived.”

Reid, Scott M. 7 May 2019. “USA Gymnastics was Aware of Allegations Against Nyman’s Gym Since 2017.” The Orange County Register. https://www.ocregister.com/2019/05/07/directory-of-sports-medicine-was-fired-by-usa-gymnastics-for-failing-to-disclose-safety-complaints-at-club-owned-by-his-wife/.

Wait, where have we heard that statement before? Right. Every. Single. Damn. Statement. Released. By. USAG.

The point here is simply WTF. The back and forth between Nyman and USAG demonstrates the serious lack of ability of USA Gymnastics to successfully investigate and hire someone in a position as important as head of sports medicine in the aftermath of the largest case of sexual abuse in the history of sports in the United States. On top of that, the failure to communicate the position and how this person would interact with athletes–some of whom are survivors still competing for the organization–is baffling to to me. Firing Nyman makes sense; but the point here is how the hell was he even hired in the first place? How inept and incompetent can you be?

If, and that’s a big if, USA Gymnastics is decertified, the big question is who will be in charge of not just the national teams, but the hundreds of clubs that make up the organization of the sport of gymnastics in the United States. At this point, could anyone or literally any other governing body do a worse job at mismanaging communication, athlete well-being, and safety? Even the mess that would be left in the wake of a decertified USAG would be better than the dumpster fire that is currently running the show. Can we truly trust an organization that has failed to learn from its mistakes? Is the USOC even capable of overseeing these governing bodies when they have allowed this abuse and mismanagement to thrive?

Remember that this goes beyond Larry Nassar. Shenea Booth, a gymnast who was abused by her coach over 200 times, starting at the age of fifteen, stated:

“Everything should change about USAG,” she wrote in a survey submitted to the organization last year. “The focus needs to be on the safety and well being of the athletes.”

Meanwhile, she wants to make sure the public knows that the problems with USA Gymnastics go beyond Larry Nassar — and didn’t end just because he went to prison.

“Unless people continue to speak… there’s a lot of stuff that could just kind of fall away.”

Taking a page from My Favorite Murder, here are the fucking hooray moments to get us through all this negativity:

Who needs a rage nap?

Currently:
Reading: What You Have Heard Is True: A Memoir of Witness and Resistance (Carolyn Forché)
Watching: At the Heart of Gold (HBO Documentaries)

I like inappropriately fake eyelashes and trivia themes of the Arrested Development variety. I'm an advocate 🫀 for building a more radically empathetic world. 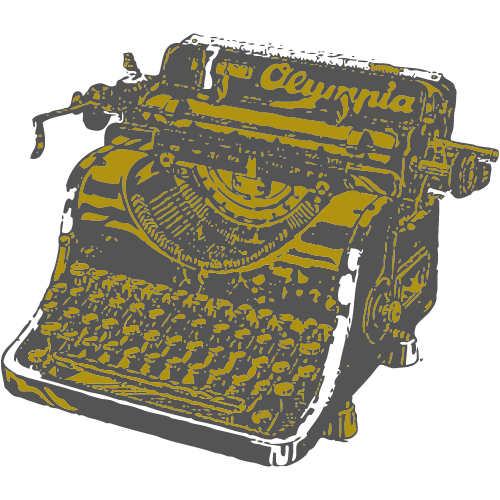 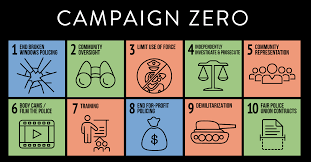