To Watch: 30 Rock and Taboo

Alright, I’m just going to say this: 30 Rock is an American treasure and rewatching the show gives me life. Created by Tina Fey, the show aired from 2006-2013 and is loosely based on Fey’s time as head writer on SNL. There are just so many good things to say about this show–the writing, the actors, the guest stars, the live shows, Tracy Jordan quotes–that I can’t even begin to go through them all or else this post will be “Why Every Person Needs to Watch 30 Rock or Readjust Their Life.” Maybe a future post?

As much as I’d hope to be more like Jack Donaghy, let’s face it, I’m Liz Lemon. Hangry and spending most of my professional life herding cats, I feel ya Liz.

This might be highly controversial but I’m going to go out on a limb and say Dr. Spaceman is my favorite character. Every. Single. Line. Is. Gold.

My favorite guest stars have to be Jon “I’m the inspiration for Eric from the Little Mermaid” Hamm as Lemon’s beautiful albeit idiot boyfriend and of course Steve Buscemi for giving the world this meme:

Polar opposite of 30 Rock is our new favorite show, Taboo. Written by Steven Wright (of Peaky Blinders), Tom Hardy, and his dad, Taboo is basically an hour of Tom Hardy wearing a top hat and stomping around London.

Hardy plays James Delaney, a former employee of the East India Trading Company, returning to London after 12 years in Africa. In the first few episodes we learn Delaney’s father owns a very important piece of land in the New World that the British, Americans, and East India all want to get their hands on. Basically the show is Hardy being a badass–with a great supporting cast including the amazing Tom Hollander and Michael Kelly–and trying to maintain his father’s land while making a new start for himself (along with making out with his half-sister).

Recommended by a former student and all-around amazing friend, Abby, Gravy is my new favorite podcast. Developed by the Southern Foodways Alliance, the podcast discusses the ever-changing American south through stories about food. The Emotional Life of Eating was my introductory episode to the podcast and I was immediately blown away. One listener shared the menus she discovered while researching the American Japanese camps during WWII; these camps also held her family prisoner during the war.

Two of my other favorites include A Tale of Two Krauts, an episode on the history of food fermentation featuring an interview with Sandor Katz and Louise Frazier, a woman who has been fermenting for over 75 years. Reclaiming Native Ground discusses the changing landscape and food insecurity of the Pointe-au-Chien tribe in Louisiana. After centuries of subsistence living, the tribe now faces shrinking land and polluted water caused by years of oil drilling, dredging, natural and man-made disasters; for the first time  in generations the tribe now has to dependent on grocery stores and processed food to survive.

To Do: Remembering Good Times

Last month we made the very difficult decision to put our cat Wino to sleep. After ten years with us and her amazing Godparents, she developed a “feline injection-site sarcoma” (caused by vaccines) in August of last year. After surgery to remove the cancerous tumors in November, we saw that the tumors were coming back at an even faster rate when we visited Charleston a month later. After medication, more tests, and more medicine, the tumors unfortunately kept growing. This decision was one of the hardest. This type of cancer doesn’t spread in the traditional sense (reaching her organs and eventually taking over) but rather just grows larger through tumors. On such a tiny kitten (less than 10 pounds) we knew that containing the growth was impossible. We found an amazing vet able to perform the procedure at home, surrounded by the people who love her and all of her favorite toys. In classic Wino style, the procedure took much longer than originally thought; she of course was stubborn until the very end.

Typing all of this makes me so sad so I just want to jump to the nice part. We went through all of our old pictures–most were on a giant harddrive so old you have to plug it in–and discovered these gems: 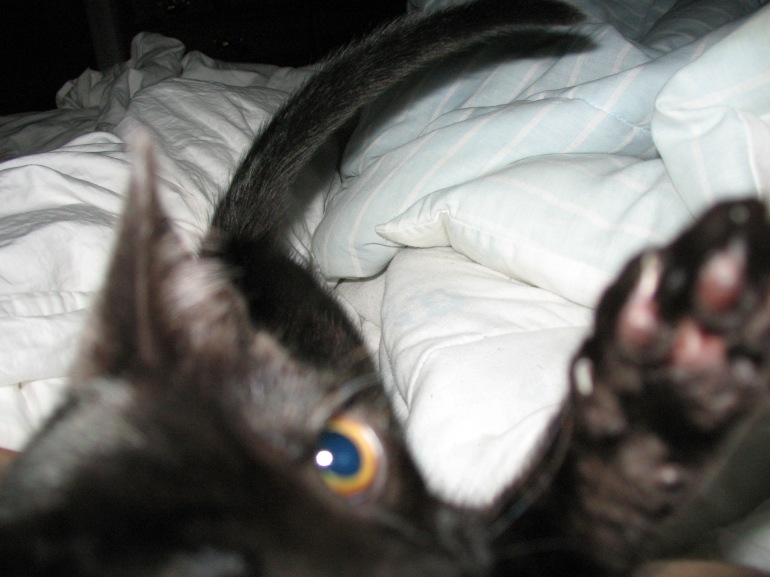 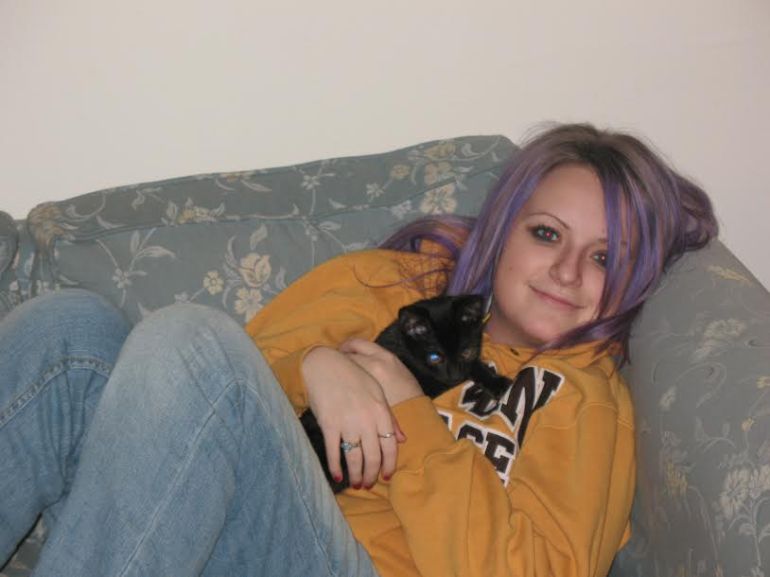 Please do your research before vaccinating your pets. Wino was only vaccinated twice in her ten years and it was enough to cause her cancer. The specialists were so convinced that the cancer was vaccine-induced that they contacted the manufacturer and they agreed to be at fault.

A trip to Aviano, Italy meant stocking up on all of the terrible American food we can’t get here in Hungary. Honestly having white cheddar Cheez Its on hand is both a blessing and a curse, but the real thing I’ve been missing is pimento cheese and jalapeño pita chips.

Probably the worst thing you can eat but as a good friend once told me: “If its good for your soul, its good for you” (in moderation). We discovered pimento cheese about a year after moving to Charleston and our lives haven’t been the same. Pimento cheese is good on everything: pita chips, burgers, stuffed peppers, whatever you want.

To Read: Mindy Kaling’s Why Not Me? & Is Everyone Hanging Out Without Me?

Let’s face it: we’ve all been Mindy Kaling at least once in our lives.

One of the head writers of The Office and writing/starring in The Mindy Project, I’ve been meaning to read her books for a while. Funny, entertaining, and just so freaking genuine, I’d recommend both books. They’re full of sound advice including:

“Sometimes you just have to put on lip gloss and pretend to be psyched.”

“If I’m at a party where I’m not enjoying myself, I will put some cookies in my jacket pocket and leave without saying good-bye.”

And in honor of International Women’s Day:

“And the scary thing I have noticed is that some people really feel uncomfortable around women who don’t hate themselves. So that’s why you need to be a little bit brave.”

“Teenage girls, please don’t worry about being super popular in high school, or being the best actress in high school, or the best athlete. Not only do people not care about any of that the second you graduate, but when you get older, if you reference your successes in high school too much, it actually makes you look kind of pitiful, like some babbling old Tennessee Williams character with nothing else going on in her current life. What I’ve noticed is that almost no one who was a big star in high school is also big star later in life. For us overlooked kids, it’s so wonderfully fair.”

All the clapping hands emojis.

To Look Forward To: Traveling to Avoid Aging

This month has been travel, travel, travel. 5+ countries two weeks!  For whatever reason, these two weeks have just magically worked out that we can visit a couple of amazing places with awesome friends. The best part of traveling is that it distracts me from the fact that I’m turning THIRTY, that’s right THIRTY in two weeks. I mean, we all know that I’ve been an 85 year old man at heart for the past ten years (WHERE’S MY COFFEE AT A SENIOR CITIZEN DISCOUNT?!), but hitting the big 3-0 is depressing.

All ya’ll celebrating your 24th and 25th birthdays don’t know real aging until you have to wrap your bum ankle because you antique-shopped too hardcore the day before (me this morning).