This summer I had the amazing opportunity to visit Muir Woods National Monument Park, just twelve miles from San Francisco, California. I’d always wanted to see the giant redwoods and jumped at the chance to travel with my family to the park for the day.

Muir Woods National Monument Park is located near San Francisco, close to the Pacific coast, and the Golden Gate Bridge. The National Park Service states that: “Muir Woods is the only old-growth coastal redwood forest in the Bay Area and one of the last on the planet. It is estimated that nearly 2 million acres of forest just like Muir Woods once covered a narrow strip along the coasts of California and Oregon. Today, 97% of this has been impaired or altered and most coastal redwoods now grow on protected second and third growth forests or managed timber plantations.”

By the 1900s, logging industries cut down a majority of the Californian redwoods trees. The only remaining forest was owned by Californian politician William Kent. Kent, along with his wife, purchased the land with the hope of protecting the trees from extinction. In 1907, when a water company proposed plans to build a dam the Redwood Creek and thereby flooding the forest, Kent donated 295 acres to the federal government. President Theodore Roosevelt declared the park a National Monument in 1908 and under Kent’s insistence, named the land Muir Woods National Monument Park. A conservationist, geologist, and naturalist, John Muir was also instrumental in creating the United States National Park System.

Today, Muir Woods contains 554 acres of old growth coast redwoods (Sequoia sempervirens) and is one of the few locations of old growth redwoods in the area. While the giant sequoias (Sequoiadendron giganteum) and dawn redwoods (Metasequoia glyptostroboides) are also part of the redwood family, the coastal redwoods are the tallest living things. These trees can reach up to 379 feet high and, to put that in Ashlyn-terms of length and measurement, that equates to 74 feet taller than the Statues of Liberty.

The tallest redwood in Muir Woods stands at 258 feet high. A majority of the coastal redwoods are between 600-800 years old and the oldest tree is more than 1200 years old! However, these types of trees can reach 2200 years of age, which I can’t even comprehend.

Visiting the Muir Woods was an absolutely incredible and humbling experience. I 100% recommend planning a trip if you find yourself in the San Francisco area. The main trails were well laid out, safe, kid-friendly, and wheelchair accessible. Muir Woods also boasts a number of hiking trails and other sites as well.

Okay, enough text. I wish I could convey the overwhelming beauty of the park–which is pretty impossible–but hope my pictures can do some justice. 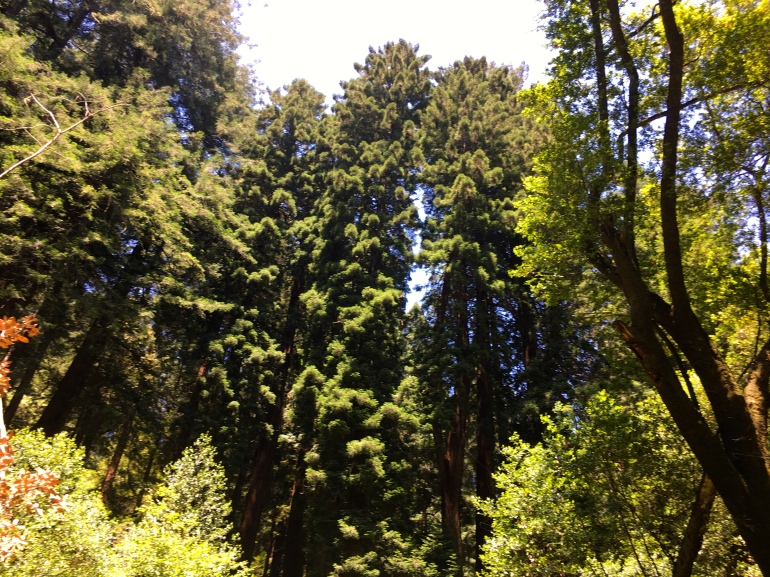 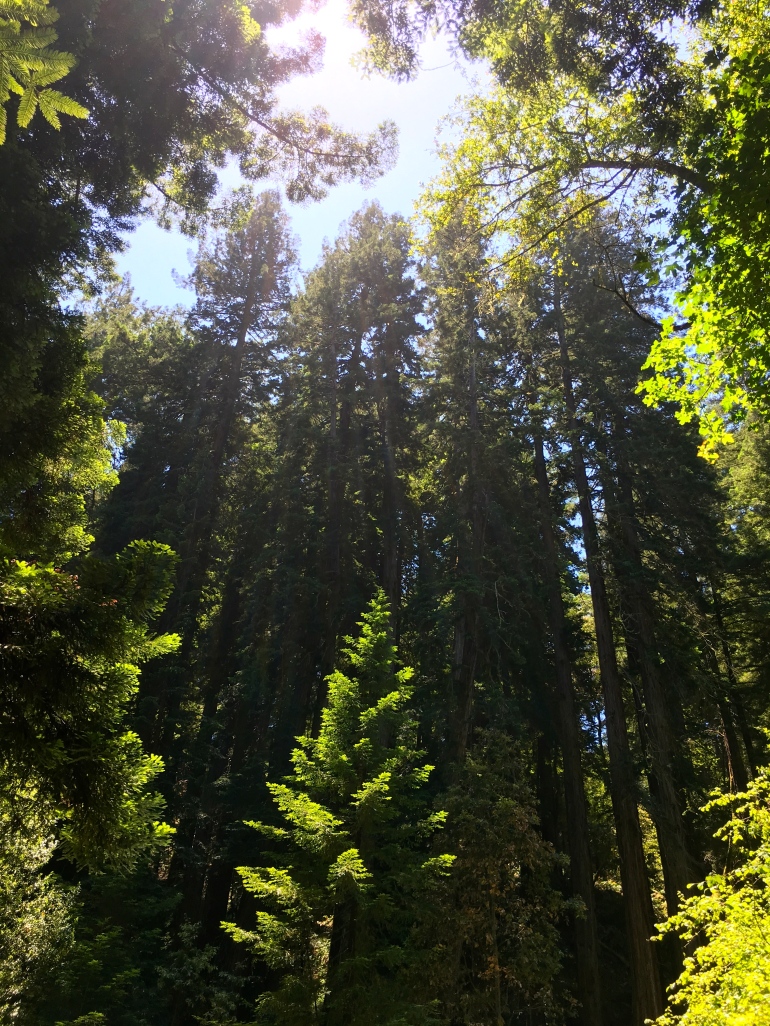 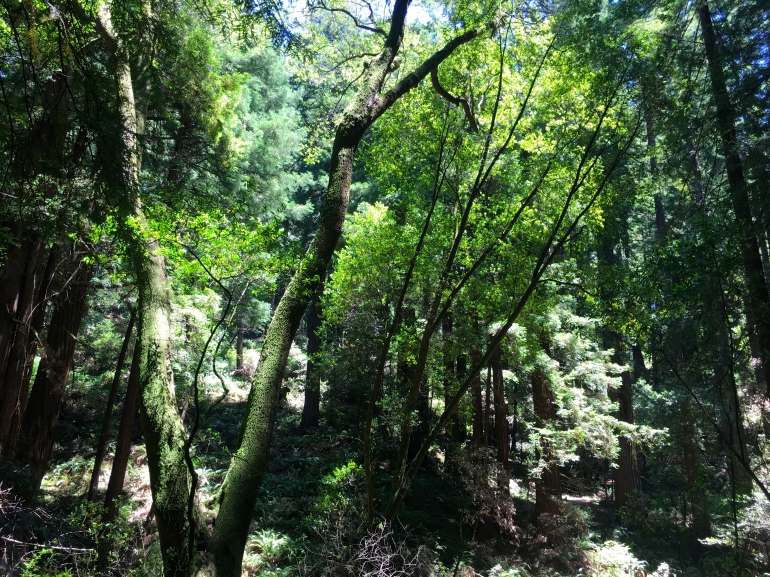 Reading: The Power by: Naomi Alderman